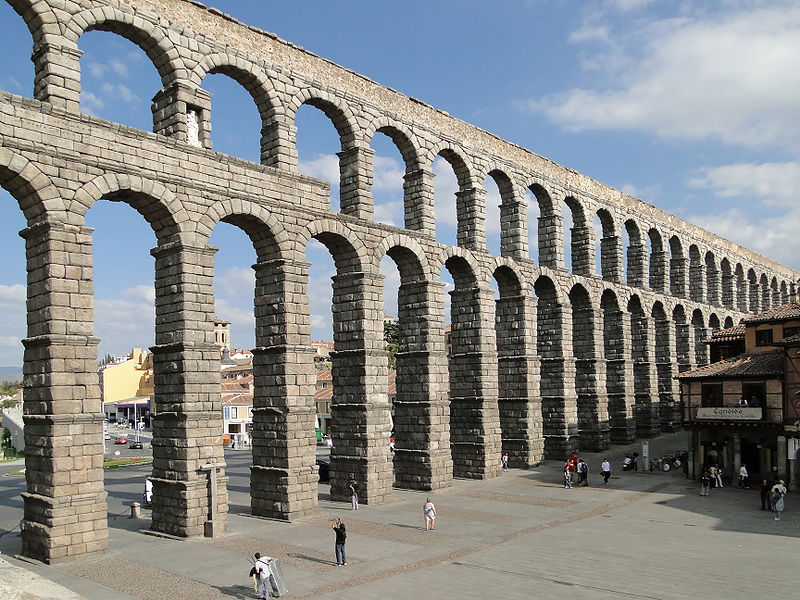 There are many examples of Roman aqueducts, but at first sight, the view of this aqueduct bridge gives the impression that it could have been built only a few hundred years ago. Probably one of the finest examples of Roman engineering, its construction was ordered by the Roman Emperor Domitian 81 – 96 C and followed the principles established by Vitruvius[1] in his de Architectura published about that time. The Roman engineers built the structure with granite blocks placed without mortar. The water was sourced from a river about 15 km distant. This bridge section is variously reported to be between 683 to 823 metres in length, comprising 167 stone arches using neither cement nor mortar and is 28.5 metres tall at the highest point. Although about 1,900 years old, with repairs over the centuries, it was in use until the mid-19th century.

A detailed description may be found at the following URL: https://en.wikipedia.org/wiki/Aqueduct_of_Segovia